Establish and manage  LIF a stand alone, independent, professionally managed, globally recognized NGO with highest levels of transparency and governance LIF National footprint strategy While LIF has so far offered its programs in 9 states, majority of its training programs to date were offered in Telugu speaking states. However, LIF now plans to enhance its footprint nationally to transform itself into a true second national movement as declared by Late Dr. Kalam in the year 2013. 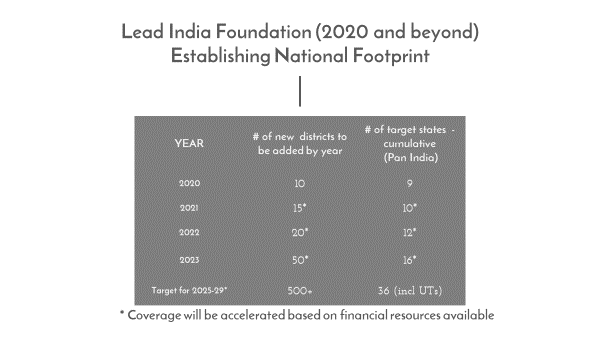